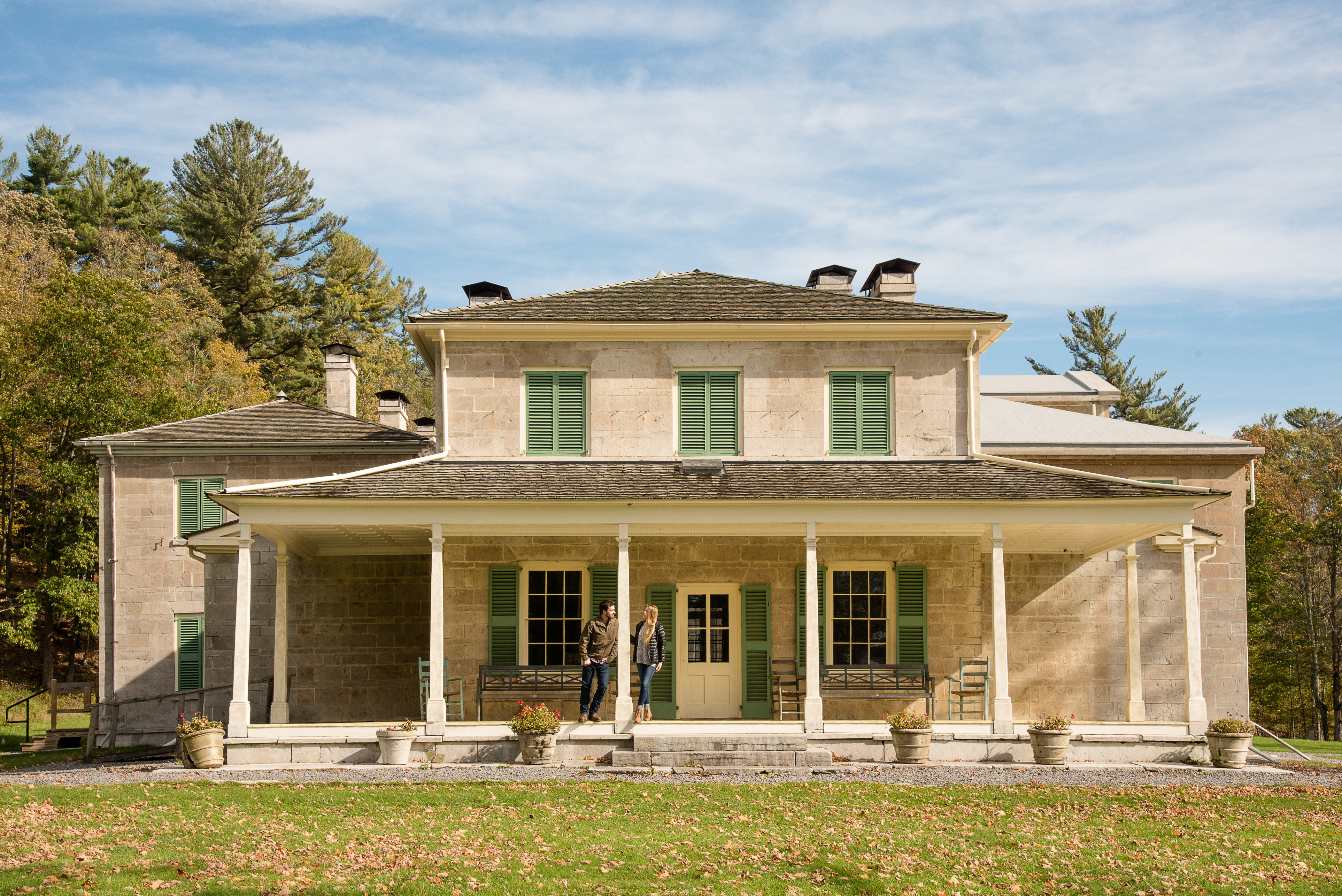 History Lives on, in Otsego County

With over 27,000 acres designated as historic districts on the National Register of Historic Places (and over 9,000 acres designated National Register-eligible) —more than any other county in New York State—Otsego County attracts history buffs and want-to-be time travelers of all ages. Here are a select few offerings, activities and attractions to explore on your next visit. You'll also find links below to more information on all 15 historic districts.

Memorialized by acclaimed novelist James Fenimore Cooper, "Glimmerglass" is defined by layers of overlapping historic features – representing a span of over two hundred years. Its clearly defined landscape reflects historic land use patterns including hunting grounds and toolmaking areas, and served as the setting for Cooper's Leatherstocking Tales.

Bike the scenic loop around Otsego Lake to pass by the Glimmerglass Festival, Hyde Hall, Glimmerglass State Park, National Baseball Hall of Fame, Doubleday Field, Fenimore Art Museum, and the Farmers' Museum. Along the way, you'll pass many of the places made famous by Cooper's novels, including Sunken Island and Natty Bumppo's Cave. Ride with GPS or jump in a kayak to explore it from another point-of-view.

Greek Revival, Tudor, and Victorian buildings dating from the 19th century, small parks and many trees, and a lack of modern intrusions – make this one of the most beautiful and historically intact villages in Otsego County.

Explore the village which has become an artist enclave with several studios and specialty shops. Then, venture out to nearby Gilbert Lake State Park to check out the New York State Civilian Conservation Corps Museum, and multiple hiking and biking opportunities. Afterward, relax on the stone patio at the lively Empire House with some tunes, a beverage, and a bite – made from locally produced, organic ingredients

Added to the National Register of Historic Places in 2006, the Fly Creek Historic District illustrates how small, family-owned, water-powered mills formed clusters at road crossings. Most of its buildings reflect the antebellum era of growth; and in general, the hamlet retains the feel of a mid-nineteenth century village.

Experience this area on its own or as a stop on the Cooperstown Beverage Trail where you can watch the workings of the 160-year old Fly Creek Cider Mill press fresh cider during peak harvest season, then sample their popular selection of cider, hard cider, and fruit wines.

Lindesay Patent Historic District, with the village of Cherry Valley at its center, reflects the area's pre-revolutionary and revolutionary war history—including the Cherry Valley Massacre. Settlement in the Lindesay Patent began in 1740 –and was one of the first permanent European settlements on the Allegheny Plateau. Today, the landscape remains predominantly agricultural, with working lowland farms illustrating the local agricultural traditions.

Visitors can stop into the Rose & Kettle restaurant for farm-to-table fare and live music on Thursdays, and watch for a new brewery opening in a year or so right in the heart of the Village. The Cherry Valley Artworks' concert series and biennial Sculpture Trail (alternating with the biennial Kite Festival) are events worth seeing.